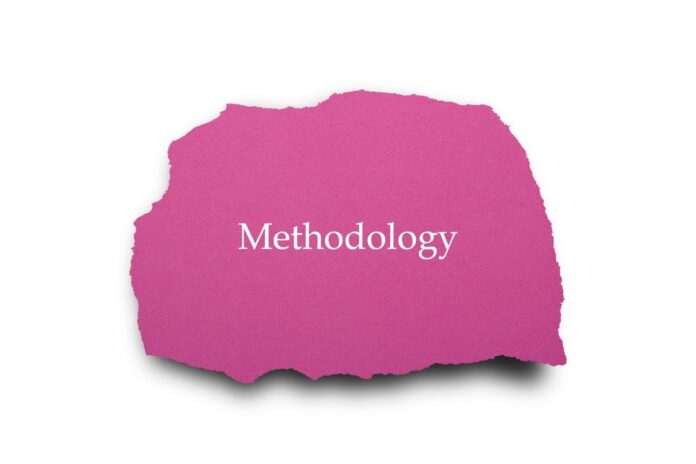 The methodology part of the study tries to pinpoint the procedure or set of actions used at each stage of the investigation to arrive at the research’s results and conclusions. Kothari (2004) defines research methodology as “a way to systematically solve the research problem”. He further opines that research methodology may be comprehended as “a science of studying how research is done scientifically” (Kothari, 2004).

Thus the research methodology for the present study would include the data collection methods which would entail the description of the collection of primary as well as secondary data as well as the reason for doing so; the research design which refers to the inductive and deductive reasoning methods along with the qualitative and quantitative techniques for the purpose of the study. The instrument of data collection would also be derived in this section by the help of which the data has been collected – be it an interview, or a questionnaire or a focus group study. Again, the sample selection is the next activity to be undertaken since the data has to be collected from the respondents for further probing. Thus the sample has to be selected depending on various factors like nature of study, intended results, convenience, paucity of time and funds etc. Once the data has been collected the data is analysed with the help of various tools and techniques. Ideally, the step of data analysis consists of the ways in which the data would be put to test so as to derive the intended results. The tools of data analysis may be software or manual. In this case, SPSS would be used to analyse the data with the help of various tests predetermined by the researcher. Lastly, the ethical considerations that the researcher has to keep in mind while working with the sample population would be enumerated followed by a summary of the section. 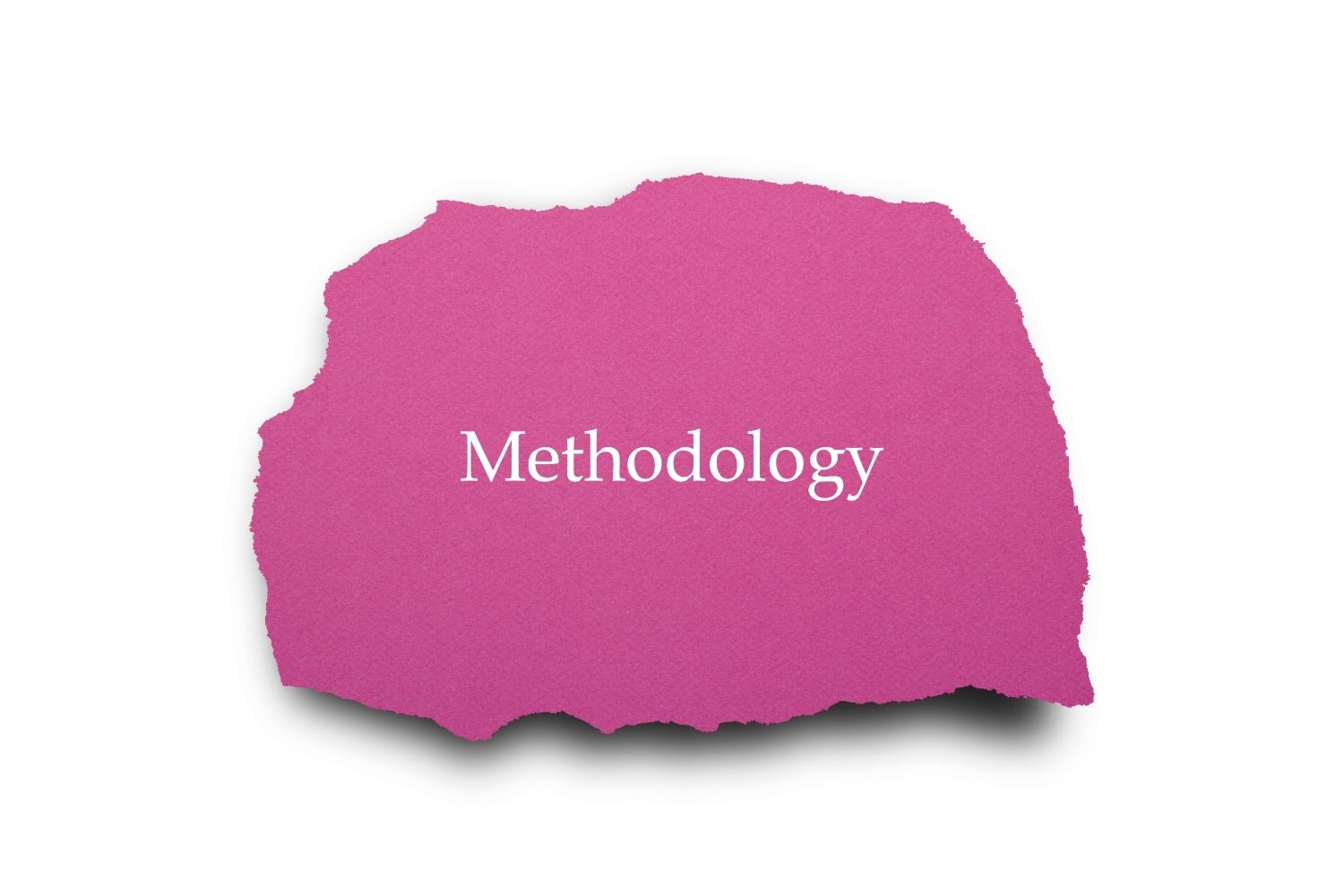 When a study is performed to reveal original data, it is known as primary research. To do this a new research plan has to be created which consists of collection of data, input of data and ultimately the production as well as analysis of the ensuing results.

The major advantage to primary research is that the data collected for the study is solely meant for that very study and thus much more precise and “reliable” as well (Das, 2005).

Primary data exhibit comprehensive information and an explanation of the terms mentioned. The method of collection and approximations, if there are any, are detailed in this case (DJS Research, 2005).

But the main drawback is that the procedure may be that it might prove to be highly time consuming and an expensive affair.

Secondary Research is the research conducted on the basis of the “data that has been previously collected by some agency or person for some purpose and are merely compiled from that source for use in a different connection”. So, data collected by someone else when utilised by another person, is called secondary data as well. Primary data transforms into secondary data when the person who has collected the data uses the already collected data by him/her for some other reason other than for the reason it was originally collected (Roy Choudhury & Bhattacharya, 2006).

Secondary research is generally beneficial when the researcher has time constraint or financial constraints. The investigator is unable to directly collect the data and also when absolute accurateness is not mandatory.

In the case of the present study, the data collected by other researchers as well as the quantitative and also the qualitative approaches have to be overviewed so as to have added knowledge on the area.

Among the approaches taken in the course of the study, the reasoning based approaches will lend more credibility as to why the courses of action have been in a certain format.

Taylor, Sinha and Ghoshal (2006) have noted that inductive reasoning is “a process that begins with a specific case and draws from it a conclusion of wider or more general reference”.

Ghauri and Gronhaug (2002) define deductive reasoning as an approach wherein it is a logical process of deriving a conclusion from a known premise or something known as true.

Correlation, as noted by Wild and Diggines (2009), refers to methods that deal with simultaneous occurrences in variables.

The instrument of data collection chosen is a questionnaire.

“Questionnaire, whether it is called a schedule, interview form, or measuring instrument, is a formalized set of questions for obtaining information from respondents.” (Malhotra, 2004). Normally, a questionnaire is a type of a package used for collection of data that may also comprise other things.

Interview is an instrument of data collection wherein the researcher interviews the respondent in person to gather the required information. Again, the success of this method depends on the merits of the interviewer since he or she may also note other non verbal reactions of the respondents. However, any bias should be avoided while making such judgments. Also, this is time consuming and costly for research.

The questionnaire open ended questions, i.e. the answers have to be given by the respondents in their own words. The Questionnaire has been devised in this manner since focus group interviews are not possible and neither is complete enumeration is feasible, so in order to better comprehend the various processes entailed in the study, it seems better to collect answers in the own language of the respondents. The open ended questions would serve to enlighten the study the particularities of the experiences as well as the difficulties faced by the respondents in the light of the context of the present study. Moreover, this may help to suffice the lack of focus group interviews and other in depth qualitative techniques associated with data collection. Also, since the study is related to motives of individuals, so it is best to go for open ended questions.

For secondary data both internal and external sources has been used. The secondary sources stem majorly from the reports, books available in libraries as well as in the market, journals and other publications that focus on same or similar topics as the present study is based.

The questionnaire would be mailed to the respondents electronically since the study focuses on Air Force Officer Qualifying Test (AFOQT), given that the respondents are in dispersed geographical locations, so the best format seems to be to use the same channel of information sharing. However, a low rate of response may be a drawback compared to personal communication. A total of 100 people were chosen to participate in the research, since the rate of response, as mentioned before, has been apprehended to be low, given that the questionnaire has been mailed to the responders electronically.

Due to its inherent simplicity as well as the time constraints for the completion of the research, “Non Probability Judgmental Sampling Technique” would be used for the study.

Non-probability sampling is a sampling method that is not based on probability wherein the probability of selection of each sampling unit is not known (Aggarwal, 2010).

Measurement Tool to be Used

Aptitude tests provide a high level of predictive validity (Hardison, Sims & Wong, 2010). The authors have noted that the aptitude based models like AFOQT offer a high level of unbiased as well as effective way of mapping the life experiences of the candidates as well as measure scores that tally with how good or badly is a student likely to fare on the job for which the test is being taken (Hardison, Sims & Wong, 2010).

Elmes, Kantowitz and Roediger (2006) have noted that predictive validity relates one measure of behavior to another criterion measure. The connection between selection test results and future performance on the specified job given to the applicant, on the other hand, is known as predictive validity of a selection test (Hardison, Sims & Wong, 2010). Thus it is clear that the score taken on the basis of the performance of the candidate on the job is later correlated with that of the test score in order to find that the predictive validity of the test holds good or not.

The current research focuses on the Air Force Officer Qualifying Test (AFOQT) and those who want to take it. Thus the research methodology adopted for the research has been tailored to suit the specific requirements. While stress has been given on both quantitative and qualitative approaches, inductive reasoning has also been undertaken. A survey questionnaire has been devised to be sent to responders, comprising questions on gaining insights on Air Force Officer Qualifying Test and also the aspirants who want to become Air Force Officers in course of time.

Sample of Methodology in Research Paper